10 Things to Know About the Status of Asymmetrical Wireless Backhaul 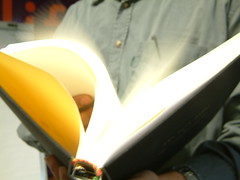 The ECC held a meeting in March to further consider updating regulations to allow the use of asymmetrical links in microwave backhaul (Photo credit: blese via flickr)

Last autumn we wrote about potential plans from a microwave competitor regarding using asymmetric band plans for point to point microwave communication links. To update this topic, we have put 10 things in parentheses that you should know about the current status of asymmetrical links in wireless backhaul. Last month at an Electronic Communications Committee  SE19 (Spectrum Engineering) meeting this microwave technology subject was discussed again. (1) The proposal under consideration has been reduced in scope and (2) the regulators present still wish to see more evidence regarding the need for change before agreeing to such significant amendments.

The national regulatory authorities stated that even the (3) revised proposal cannot be accommodated with existing planning tools so they cannot imagine asymmetric links being deployed alongside existing links in their countries. A few stated that in block allocated spectrum the owner of the spectrum may be able to implement this channelization, but Aviat Networks believes that (4) the complexity of coordinating links even in block allocated spectrum should not be underestimated.

Saving Spectrum?
Traditionally, links are planned on an equal bandwidth basis, e.g., 28MHz + 28MHz, with a constant T/R spacing throughout the band in question. This new proposal would see links of 28MHz + 7MHz and furthermore makes the claim that spectrum would be saved. Numerically speaking this arrangement would save 21MHz for each pair, but (5) saved spectrum is only of value if it is reused. In many cases the “saved” spectrum would be orphaned due to difficulties coordinating it into usable pairs.

Asymmetric Channel Plan Limits Future
In our last blog on this topic we reflected on the fact that while there is some level of asymmetry today, (6) this trend may well be balanced in the near future by cloud services and other services that involve the user uploading content. We believe that (7) committing to an asymmetric channel plan now limits the future. (8) Symmetric channel planning allows networks to dynamically adjust to changing demands. A related concern is the fact that (9) spectrum once reallocated may not be easily clawed back to create symmetric pairs in the future. While some applications are experiencing asymmetry in traffic presently, we should not forget that some traffic patterns are still symmetric and where asymmetry is a feature, (10) the scale of this phenomenon may be overstated. Indeed, a major European operator present at the SE19 meeting voiced skepticism about the need for asymmetric support.

What do you think? Will mobile traffic remain or increasingly become asymmetric? Are asymmetric microwave links needed or can they be practically deployed in existing bands? Answer our poll below and tell us. Select all answers that apply.