Aviat Helps Enhance Voice and Data for Ncell in the Himalayas

Just this February, Ncell, the leading mobile provider in Nepal, awarded Aviat Networks an Appreciation Certificate for successfully migrating its existing VSAT network to high-speed Eclipse microwave radio. This project was executed in the Himalaya range at an average attitude of 4,410 meters above sea level with three passive repeater links. Included in this rollout is a 99 km microwave link.

According to Ncell, this is the world’s highest 3G rollout. As a result, this upgrade is considered a feather in Ncell’s hat.

While Aviat Networks has completed many successful projects with Ncell, this one is worth a special mention. Awarded in 2013, this project has helped Aviat establish itself as a key Ncell vendor for the access network. The implementation includes equipment and services. 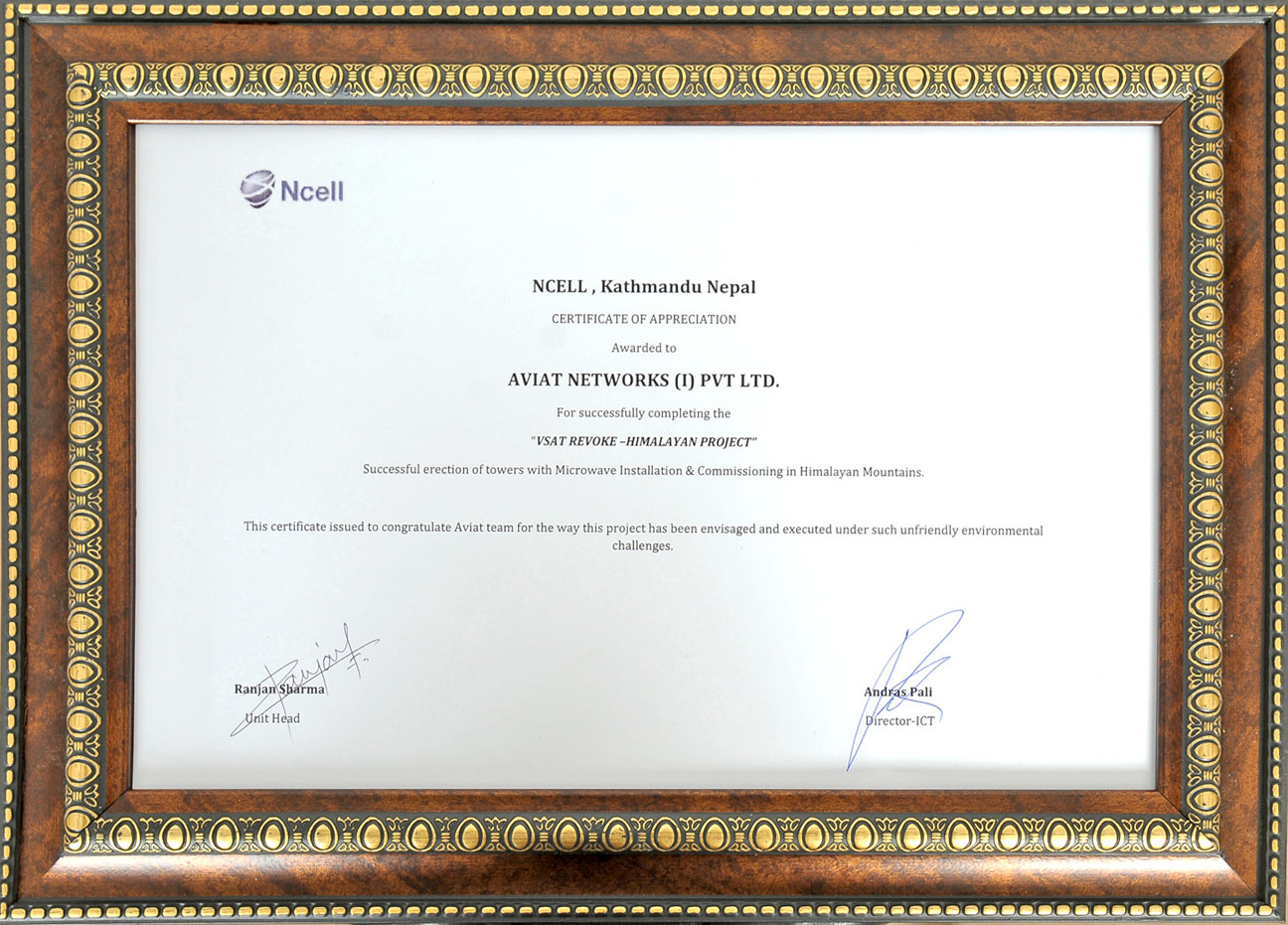 Overall, this project was challenging due to extreme hilly terrain where transportation was feasible only via helicopters or porters. Not only this but these sites did not even have water for curing concrete or electricity and ice was melted with the wood available there and used for curing as well as daily needs.

Also, concrete testing is a vital factor in civil construction in order to ensure the quality of the mixture and its curing process. The challenge was to get access to a concrete test lab, the closest one of which was accessible only after 48 hours of international travel. To tackle this situation a cube testing machine was arranged to be on site.

In the end, Ncell’s sites have become operational and now provide 21Mbps download speed at some of the highest points on the planet. For more information, see the story in the Kathmandu Post.