To compare how different wireless backhaul network topologies perform under the same operating scenario, let’s analyze how a traditional hub-and-spoke and a ring configuration compare in connecting the same six sites (See table below). For the hub-and-spoke configuration, each cell site is provided 50 Mbps capacity in 1+1 protection. With five links and no path diversity, full protection is the only way to achieve five nines reliability. In this configuration, 10 antennas are employed, which average a large and costly 5.2 feet in diameter. Total cost of ownership for this six-site network is close to $700,000 for five years. 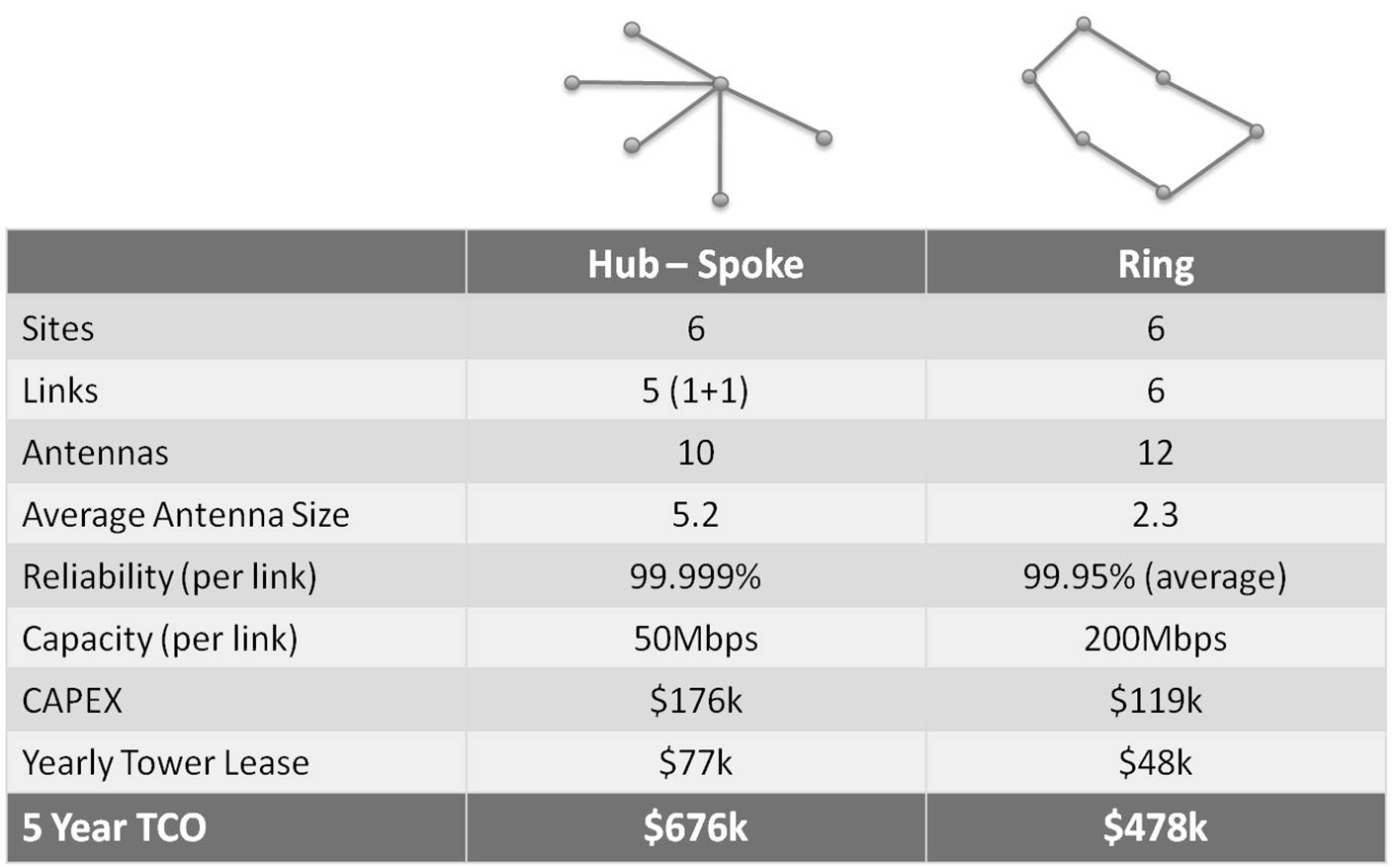 For a ring design for the same six sites, throughput of 200 Mbps is established to carry the traffic for each specific hop and any traffic coming in that direction from farther up the network. Designed to take advantage of higher-level redundancy schemes, the ring configuration only requires antennas that average 2.3 feet in diameter, which are much lower in cost compared to the antennas in the hub-and-spoke configuration. And even though the ring configuration requires 12 antennas and six links, its overall TCO amounts to a little under $500,000 over five years—30 percent less than TCO for the hub-and-spoke design for the same six sites.

This comparison is based upon deployments in the USA, where most operators lease tower space from other providers.