Aviat has released a new free path design app in AviatCloud (if you have not seen it, register here to get access). By simplifying and automating the path planning process and delivering it free in the cloud (new updates are immediately available without needing new software downloads), this new tool is a huge step forward in microwave path planning. In an effort to understand how far we’ve come and where we’re headed, we’ve put together a short blog on the evolution of microwave path planning tools.

From the end of the Second World II to the mid-1950s engineering calculation tools were limited to analog computers, slide rules, logarithmic tables, and mechanical desktop calculators. Some of these tools were used by microwave equipment manufacturers like Lenkurt (an ancestor of Aviat Networks) and others to engineer and plan microwave links. This meant that link budgets had to be calculated by hand and typed, or hand written. Link profiles had to be carefully drawn on logarithmic paper. Analytical methods and approximations were used to calculate diffraction losses, the effects of rain, interference, and calculate link availability. This changed overnight with the introduction of the transistor based pocket calculators in the early 1970s. Pocket calculators made sliding rules obsolete overnight and an unprecedented level of calculation precision and speed was now possible. Mainframe and “minicomputers” were also used in some cases but calculations done using these machines were expensive (in 1965 renting an IBM 1130 “minicomputer” would cost $ 695 per month to rent or $32,280 to buy). 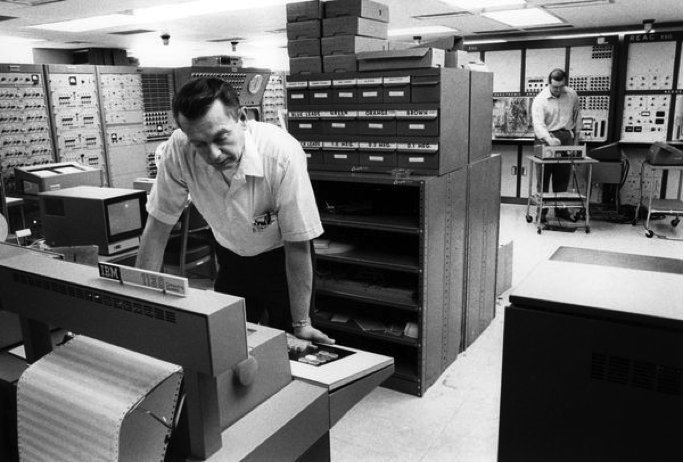 The leap forward was the introduction in 1981 of the IBM Personal Computer (PC). Although other PC designs based on microprocessors had been launched before, like Apple’s TRS-80, or Commodore Amiga, it was the combination of the IBM hardware and its clones, and the DOS operating system that became the most popular. The use of lower cost high performance desktop computers allowed transmission engineers to do sophisticated engineering calculations available only to mainframe users. Connecting a dot matrix printer (available since the 1960s) to a PC would now make it possible to print link budgets and path profiles. Specialized software was developed to serve this niche market with the launch of software like Pathloss version 1.4 in the early 1980s. These type of desktop applications stored equipment data as text files, and terrain data as local files at the hard drive. In this stage computer power was centered on RF calculations. The introduction of spreadsheet software like Lotus 123 (later replaced by MS Excel) in the mid-1980s meant that quotes, Time Division Multiplexing (TDM) plans, and site surveys could now be created and stored in hard drives and floppy disks. All these changes meant a reduction in calculation time, an increase in precision, and reduction of cost. 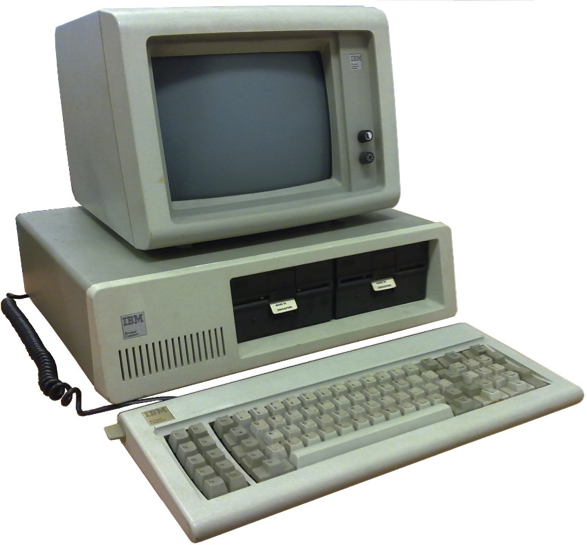 During the 1980s and early 1990s developments in relational database development reached the personal computer market with products like dBase. Proprietary computer software like Harris MCD’ Magic took advantage of these advances by integrating RF calculations with configuration engineering and proposal generation. Software like Magic reduced considerably the time required to engineer, configure, and quote microwave networks. All these advances were reserved for experts that could develop the algorithms themselves, purchase and use relatively expensive RF software, or have access to proprietary corporate software. Companies like Digital Microwave Corporation (DMC) with PathCalc, Harris MCD with StarLink, Motorola (now Cambium) with Link planner, and others started to develop free software for customers and distributor to perform their link calculations. Although used primarily for pre-sales (limited functionality) these tools took microwave design to a wider audience.

In the last 15 years microwave engineering incumbents like PathLoss updated their products to versions 4 and 5 and companies like Mentum Ellipse (Now InfoVista), Forsk (Atoll Microwave) and Cell Plan have developed point to point RF microwave products. Although Pathloss is prevalent in the microwave point to point market (specially in North America) new entrants have tried to gain market share in this niche market by offering integration of microwave planning with cellular technologies like WiMAX and LTE. As part of larger and more sophisticated software packages these new entrants concentrate mainly on companies that are interested in combined cellular capacity and coverage planning with microwave point to point design.

The main theme of network planning tools since the advent of the PC revolution has been the use of desktop computers using PC hardware and local software mainly using Windows (sometimes Mac computers using OS X). Although it is possible to share equipment and terrain files via local LANs and VPNs, large file transfers, and software updates are difficult specially for large and dispersed organizations. For smaller organizations, the cost of per seat license is not be affordable. A new paradigm that is gaining force in the 21st century is the concept of Software as a Service (SaaS). The idea is not new and has been around since the 1960s. ‘Dumb’ terminals connected to a mainframe computer time shared applications and database resources. The difference now is that modern SaaS are based on distributed systems or mashups that deliver data and functionality through the Internet over a web browser. 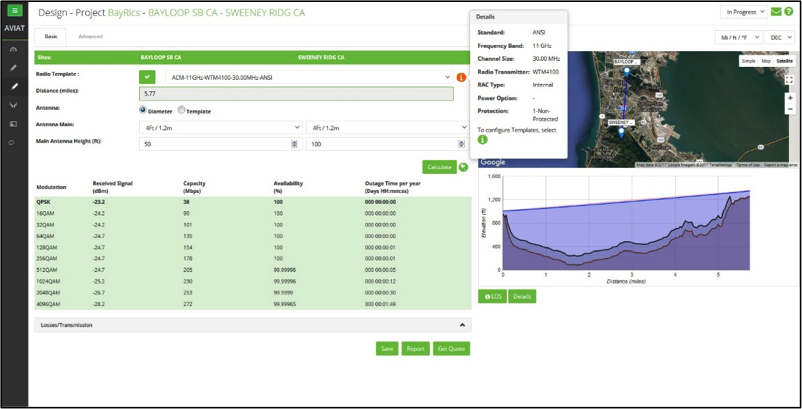 Some microwave vendors including Aviat Networks have started to deploy SaaS microwave planning tools like Aviat Cloud Design App. Most of these tools are currently provided free of charge. Some of the advantages of SaaS include:

Most of commercial RF desktop tools have modules to calculate diffraction losses due to obstacles in the path (Knife Edge and other methods) but in most cases, they are used for exceptional cases and the general planning practice is to avoid non-line of sight links. The reason for this is that microwave links in a line of sight environment are well understood and is possible to calculate precisely the probability that links will be available using a few location and environmental parameters. Although cellular RF planning software routinely performs non-line of sight estimations they are less deterministic and serve other purposes (coverage maps). For point to point microwave links competing with fiber connections the ability to predict long term availability is crucial. New techniques like Ray Tracing in combination with high resolution terrain maps (obtained from satellites or Lidar from Unmanned Aerial Vehicles (UAV)) can be used to predict in a more deterministic way the performance of microwave non-line of sight point to point links. The availability of these type of tools can make Non-line of sight microwave links more popular in the future. These deployments can be useful in 5G dense backhaul deployments of heterogenous or the Internet of Things (IoT) networks.

The Future: Artificial Intelligence and Automation

In the longer term, the complexity of multi-layered networks of which microwave networks is one layer, will need more sophisticated tools such as machine learning and artificial intelligence. 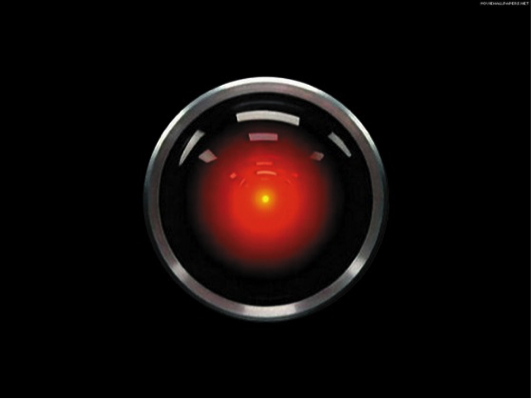 Existing designs can be used to train neural networks using Artificial Intelligence (AI) to develop models to design new networks or optimize existing designs. AI also has the potential of changing paradigms and better respond to changing conditions like customer (human or machine) traffic or weather conditions. This will mean that traditional manual planning and frequency coordination will have to be replaced with the following capabilities:

Further automation will also involve the use of autonomous Aerial Vehicles (UAV) to collect terrain and clutter information using photography and Light Detection and Ranging (LIDAR). As LIDAR evolves current sampling resolutions possible only in airborne LIDAR systems will be available to off the shelve drones, resulting in low cost high resolution data. This data can in conjunction with open source and proprietary tools will allow to create high resolution 3D maps. These maps can be used to automate the external site survey process and to test Line of sight conditions without climbing towers. 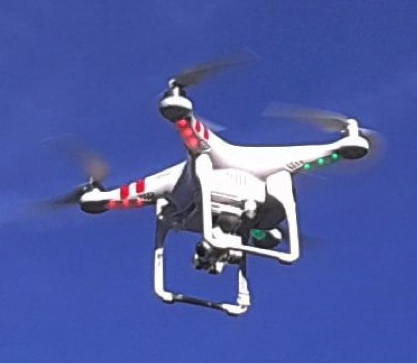 Engineering planning has come a long way from slide rules and “minicomputers” to the PC revolution in the 1980s. Currently microwave design is at the threshold of rapid transformation, and new technologies. Paradigm changes are moving away from the PC Desktop proprietary software and into multi-platform SaaS tools. SaaS tools are quickly adding functionality that will surpass that of current RF desktop tools. But this is only the beginning as technologies such as machine learning and UAVs will change current network planning paradigms with the introduction of self-planning and optimization and replacing the concept of spectrum coordination with more advanced spectrum sharing schemes supported by AI capable devices.