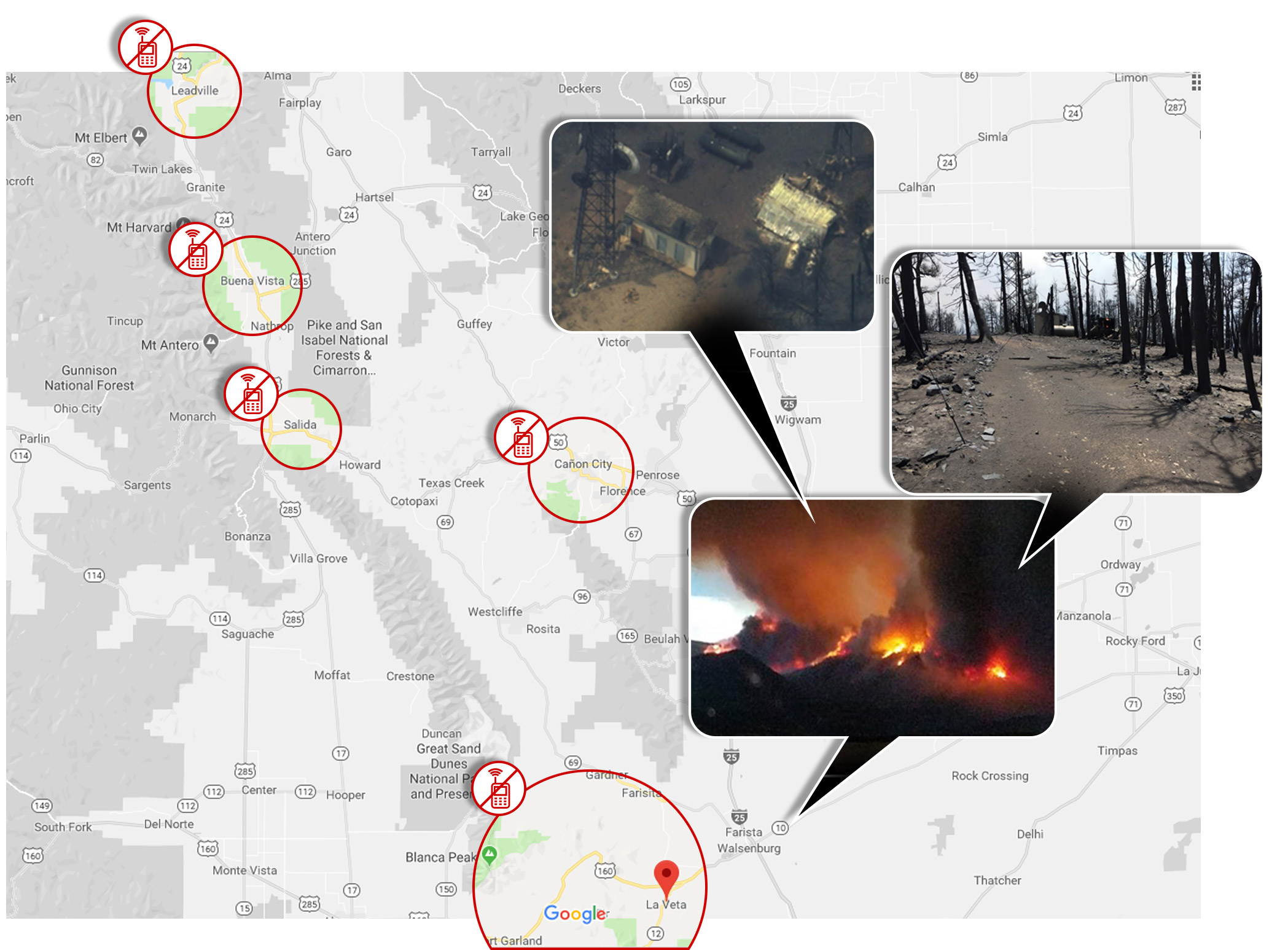 On June 27, 2018, a wildfire ignited and spread through the mountains and valleys around La Veta, in Costilla County, Southern Colorado. Now known as the Spring Fire, the blaze lasted more than two months, scorching more than 100,000 acres of wooded terrain and destroying over 100 homes. U.S. Highway 160, which crosses over La Veta Pass, closed on June 27 and only reopened on September 15. On September 10, the Costilla County Office of Emergency Management reported that the fire was one hundred percent contained.

“Many lessons were learned in Colorado’s Spring Fire. In the La Veta area, it became apparent that the major factors were the ruggedness and reliability of the microwave site and the hardening practices used to minimize the impact of the fire. All states and all agencies tasked with operating public safety networks and managing disaster response would do well to note these points. Taking these precautions and heeding the lessons learned in Colorado could reduce loss of life and significantly limit network and other property damage.”