The kWh Joins the dB?

Some leading telecommunications carriers are quietly effecting a shift in design priorities. For microwave radio, for example, output power, receive threshold, system gain and various other performance parameters (the dBs) have always been important product differentiators. Equipment vendors have also strived to make their equipment ever smaller to fulfil a requirement to pack more capacity into less rack space.  There is, however, what appears to be a shift in some quarters.

British Telecom (BT), Verizon and AT&T are among those passionate about reducing their energy consumption and, hence, their carbon emissions. Environmentally aware operators that have set themselves the challenge of reducing their overall energy usage are facing the challenge of doing so at a time when there is an exponential increase in demand for their services.   The frequency with which the kWh is referred to by operators increases with each passing year.

BT was an early mover and has already reduced its UK carbon emissions by 60% since 1997 and reduced its energy consumption by 2.5% year-on-year, as reported Spring 2011. BT has set an incredibly ambitious target of cutting its carbon footprint by 80% between 1997 and 2020. How are they doing this at a time of growth?  Well, BT has reported that their new 21st century data centers use 60-70% less energy and the resulting financial savings have made the centers profitable within 18 months. BT estimates that an incredible 50% of the energy consumed by a typical data centre can be consumed by cooling. By introducing fresh air cooling they have reduced this requirement by 85%, as much of the year no refrigeration is required.

Among other measures, BT has focused on energy efficiency of network equipment and also increased efficiency by supplying DC power directly to equipment rather than sustaining significant losses associated with converting AC power to DC. This is an incredibly inspiring record. BT is genuinely committed to its environmental policy believing that it has a responsibility to reduce power consumption, as one of the UK’s top ten energy users. There is certainly a compelling business case for their policy too as they have seen substantial savings and also a significant increase in the volume of business that requires environmental reporting.  BT estimates that its UK business alone saved £35M or $54M for the year 2010/2011 over where their energy usage would have stood without the efficiencies introduced by their energy program.

Verizon has emerged as a key North American player and, witnessing what they considered to be apathy with regard to standardization, the Verizon NEBS group released an energy efficiency standard (VZ.TPR.9205) in 2008.  NEBS had been traditionally focused on EMC (electromagnetic compatibility) and physical protection requirements such as survival over temperature and earthquake resistance. Energy efficiency became, therefore, an unexpected but vital third strand of NEBS for Verizon.  Since then, energy efficiency and related topics have become key at the Verizon-hosted annual NEBS conferences. Verizon has launched a carbon intensity metric which measures Verizon’s carbon intensity by factoring the amount of CO2 produced per Terabyte of data. Year-on-year, Verizon achieved a 15.75% reduction 2009/2010. Verizon’s projections show a forecasted financial saving of around $22M for 2011. Equipment cooling is recognized by Verizon and AT&T as a big factor in energy consumption too but their method of managing this varies.

At this year’s NEBS conference both AT&T and Verizon made announcements that will affect the way that some vendors design their equipment.  AT&T announced that from 1st January 2012 they will mandate equipment with airflow that flows front to back within the rack. This move is related to the fact that AT&T has established ‘hot aisles’ and ‘cool aisles’ within its centers. The aisle facing the front of the rack is the cool aisle and the equipment draws air from this aisle, exhausting it into the hot aisle. This allows for the hot air to be efficiently extracted from the center, resulting in significant reductions in the energy consumed by the HVAC system. Verizon also announced that it would be mandating front-to-back airflow in the future. They are seeking to include this as a requirement within GR-63-CORE as this Telcordia standard currently states front-to-back airflow as an objective only.  Verizon’s motive for seeking this change to GR-63-CORE is the fact that they also have a hot aisle/cool aisle system. Verizon is also hoping to have the core NEBS standards updated to include energy efficiency requirements. If successful this will mean that NEBS certification, whether it is for equipment intended for Verizon or not, will need to meet a minimum efficiency specification and have front-to-back cooling. Another shift is that efficiency of equipment cooling is starting to be regarded ahead of equipment size by some operators.  A slightly larger mechanical enclosure is easier to cool, using less energy. All of these shifts seem to suggest that environmental performance is taking its place alongside other parameters as a key consideration for some operators.

Aviat Networks’ Eclipse product line meets the Verizon energy efficiency standard and additional energy efficiencies are being built into future products. Aviat Networks is committed to working  closely with customers, vendors and standards agencies to both understand and promote the requirement for environmental sustainability within the telecoms sector at a time when it is challenged with an explosion in demand. 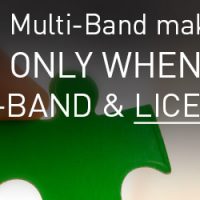 Did you know?…Multi-Band makes the most sense only when you combine E-Band with Licensed Microwave 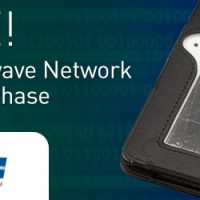