The point of this post is to determine the amount of latency reduction possible with a one box integrated microwave router solution when compared to a two-box (separate router + microwave) offering. By how much does the one box solution improve latency?

Latency is important to all network operators. The lower the end-to-end delay the better it is for all types of applications.

In addition, for latency sensitive applications like Teleprotection, SCADA and simulcast in private markets such as public safety, utilities and the federal government will greatly benefit from lower latency network performance. For other customers, lower latency is critical for synchronization and HD video transport.

And latency also impacts connectivity requirements for the emerging Internet of Things (IoT).

According to the experts, users expect a latency delay of no more than 100 milliseconds on 4G devices. However, as wireless networks move toward 5G, users’ expectations for application response time will drop drastically on the order of 10x to less than 10 milliseconds. Let’s look at this a bit more in-depth.

Latency is the sum of many factors such as:

For every packet microwave backhaul connection, an IP router processes the IP packets and forwards them. At each step, the router adds latency. And this is in addition to latency from switches and microwave radio units that packets accumulate. Hybrid networks that contain discrete IP routers and microwave radios necessarily have to endure this latency. In-the-lab results can tell us just how much latency is involved.

In this hybrid scenario the MPLS L3VPN is created between the edge routers (Figure 1). The microwave links provide a Layer 2 segment between adjacent routers and do not participate in IP routing or MPLS label switching.

In a converged microwave backhaul scenario the third party routers are removed and an MPLS L3VPN is created between edge CTR microwave routers. In this configuration the microwave routers perform IP routing and MPLS label switching (Figure 2).

When conducting latency testing on the converged microwave network featured in Figure 2 lower latency numbers were achieved in contrast to the hybrid network:

Conclusively, you can see that evolving microwave backhaul toward a converged model will derive significant positive impacts on latency. And with 4G LTE and the oncoming 5G requirements for short app response times, MNOs and other network operators will be able to deliver on the heightened UX expectations.

If you’d like to talk to someone about reducing your latency by up to 43 percent, please click here. 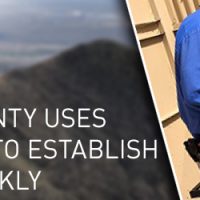 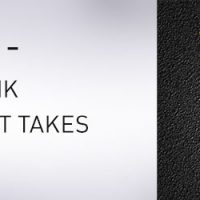