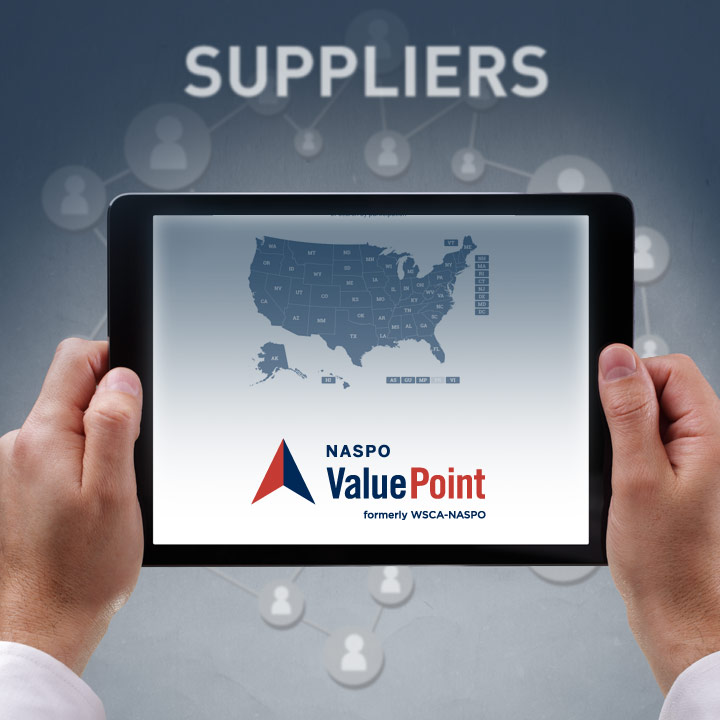 U.S. based state and local government backhaul buyers face a dilemma. Their microwave networks require continuous upgrades—now with the expectation that they become broadband capable—but their funding apparatus remains stagnant or even atrophies under fiscal pressures from citizens and policymakers. How can they obtain the next generation of wireless backhaul equipment vital to public safety and other purposes while doing so on a reality-based budget? The answer lies partly in an ongoing program that Aviat Networks can offer its government customers.

Aviat Networks participates in a master contract with NASPO ValuePoint, the nationwide purchasing arm of the National Association of State Procurement Officials (NASPO). That’s important because it allows state government agencies to buy backhaul equipment without RFPs at competitive prices. Not only does NASPO ValuePoint enable government agencies in all 50 states to procure prequalified Aviat microwave radio equipment but also all other solutions and services that the company offers.

Blanket Nationwide Contract for Every State


NASPO ValuePoint is a cooperative purchasing program that leverages the buying power of all 50 states to obtain best-value pricing and superior contract terms. In addition to all 50 states, the District of Columbia and U.S. territories are also eligible to use the contract. States and others just have to complete a Participating Addendum (PA) with NASPO ValuePoint and an approved vendor—in this case Aviat Networks, the only microwave specialist offering radios in this channel.

The new NASPO ValuePoint contract replaces the old Western States Contracting Alliance (WSCA) Public Safety Communications contract, which was in effect for more than 10 years. During that time, usage of the contract was tremendous. For example, in the reporting period from 2010 to 2014, participating vendors disclosed that sales to all customers on this contract totaled almost $387 million.

Founded in 1993, WSCA was initially only available to 15 states. However, it later grew in size then consolidated itself with the NASPO Cooperative in 2013 under the name NASPO ValuePoint.

NASPO ValuePoint provides state procurement agencies a vehicle to purchase equipment without having to go through the typical process of creating a request for proposals (RFPs), seeking out contractors to submit RFP responses, evaluating bids against qualification criteria, having final round participants possibly present personally and then issuing a formal contract. And it makes it unnecessary for states and their local agencies to have to do it over again for each new proposal: bidding for individual projects or creating one-off contracts. In addition, leveraging the NASPO ValuePoint nationwide contract helps state procurement agencies:

Overall, NASPO ValuePoint enables public safety and other government entities to procure communications equipment at a fraction of the time and reduced administrative costs compared to standard RFP processes. The contract assures public safety agencies that the equipment they purchase represents the best technology at the best prices and decreases cycle time to pick and place orders. Then projects can progress more rapidly.

Also, this process ensures that public safety entities use products common to other agencies not only inside their state but also within other states so that performance, quality and reliability can be assessed and verified through parallel system deployments.

For more information on engaging Aviat Networks on a state government based microwave network project through NASPO ValuePoint, provide some basic contact information, and someone from our North America marketing team will get in contact with you shortly.