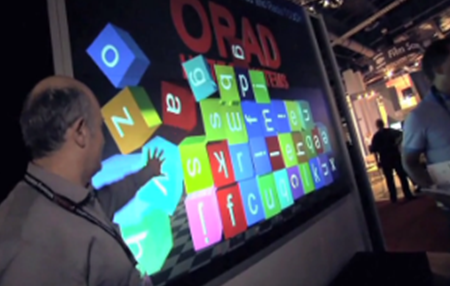 NAB 2012 was extremely well attended by both vendors (all three exhibition halls were fully occupied) and participants. Thanks to the continuing conversion from analog to digital broadcasting, TV companies are investing heavily in equipment and software solutions. Every company was presenting digital solutions from cameras to studio equipment to TV transmitters to Microwave Radio transport.

Every facet of the solution set must be upgraded to accommodate the intricacies of digital networks. In the case of the Microwave Radio, they are moving to bi-directional radios that can not only carry the studio content up to the transmitter site, but also can carry collected content from various mobile generating platforms (trucks, helicopters, etc) back to the studio for editing.

It was interesting to see Cisco, HP and other networking companies exhibiting. The integration of Internet Protocol (IP) into the broadcasting community has created a real demand for networking appliances like routers and switches. Other devices like Microwave Radio must also be able to accommodate IP protocols for efficiently carrying the video content to the various transmitters in the network.

I was amazed at the range of nationalities represented. Clearly this show offers value to broadcaster across the globe. I heard a figure of over 400 people from Brazil attended the show. I think I heard people complain about their tired feet in 25-30 different languages! The combined attraction of NAB and Las Vegas is very difficult to pass up.
See you at NAB 2013.

The NAB Show was a Success (geeknewscentral.com)