The tragedy of the commons happens when people sharing a common resource are inclined to overuse it, degrading it so much that becomes useless. An example is a field open to all in which cattle, have grazed for generations. At some point, a cattleman increases the number of animals of his herd to maximize profit.  Other cattlemen follow suit and the overall number of animals in the field increases. As each individual cattleman’s profit increases the carrying capacity of the field decays to a point where the field cannot feed cattle any longer and everybody loses. In this case a possible solution might be for the entity (state, municipality, etc.) that oversees the field to sell property rights to all cattleman using the field. This can give rise to the opposite problem or the tragedy of the anti-commons where too many people with property rights might not agree or cooperate with each other resulting in the resource being unused or underutilized. 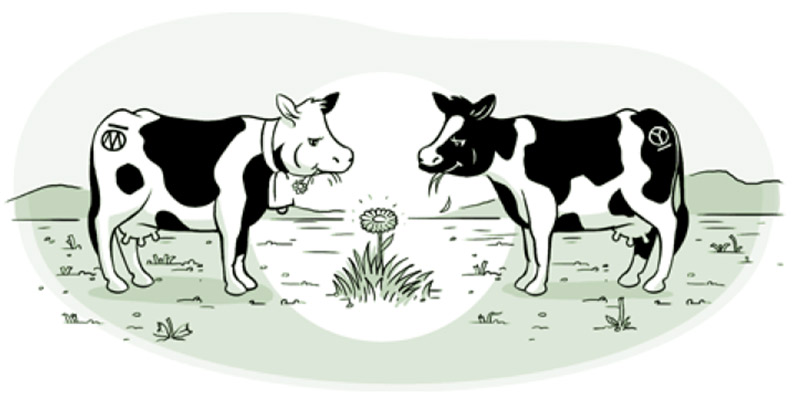 The concepts of the tragedy of the commons and anti-commons can be applied to the electromagnetic spectrum. The electromagnetic spectrum is the finite resource that underpins modern telecommunications technologies. In most cases nation states limit use by granting licenses for specific uses via ‘public interest’, auctioning spectrum to the highest bidder (licensed), or reserving some portions as unlicensed. Occasionally the auctioned spectrum can remain lightly used or unused, a clear example of the tragedy of anti-commons (underutilizing the resource and limiting innovation).

An example of how the tragedy of the commons can be avoided through self-regulation is the Unlicensed National Information Infrastructure Band (U-NII) in the 5 GHz frequency band (figure 1). There are two major groups intending to keep or gain access to this band. The first group is made up of the established users of Wi-Fi, cable companies like Comcast and consumer electronics giants like Apple, and Microsoft. The second group comes from the equally powerful mobile operator industry (Verizon, AT&T, T-Mobile, etc.) and chip manufacturers like QUALCOMM. Mobile operators are completing the deployment of the successful 4G technology with 5G on the horizon and are desperate to meet the ever-increasing demand of mobile users for more capacity. Although mobile operators in many instances heavily depend on Wi-Fi to upload and download users’ data (in conjunction with its own networks using licensed spectrum) they are developing new technologies such as LTE Unlicensed (LTE-U) that uses unlicensed spectrum.

According to their proponents this technology provides more capacity, simplifies handsets by using one technology (LTE) instead of two (LTE + Wi-Fi), and provides operational savings by seamlessly integrating licensed and unlicensed spectrum. The Wi-Fi alliance representing Wi-Fi and companies and equipment manufacturers are concerned that LTE-U (and other technologies) will affect millions of Wi-Fi users by degrading performance. Mobile operators have countered that LTE centric unlicensed technologies are designed to coexist fairly with Wi-Fi, but this has not been accepted by the Wi-Fi camp. In order to avoid the FCC stepping in to solve the dispute, the Wi-Fi alliance devised a testing plan to ensure fair coexistence between the two groups. The plan was finalized in September 2016 and operators like T-Mobile are starting to deploy LTE-U devices. For now it appears that the tragedy of the commons or anti-commons has been avoided by self-regulation.

FCC Changes and the Impact on Unlicensed Backhaul

So even if a peaceful resolution is reached between Wi-Fi and LTE-U to share spectrum is reached through self-regulation, this does not mean that other industries like unlicensed backhaul might not be affected. Unlicensed backhaul (operating in ISM 2.4 GHz and U-NII-3 in 5.8 GHz) relies on directional antennas and a certain level of fade margin to operate at acceptable levels of bit error rates. But with more devices operating different technologies working in the same frequency band the noise level can eventually degrade performance of the backhaul operating in the same geographical area. This is especially true of urban environments with high population densities. For backhaul applications this is unacceptable due to the random nature of interference. One day the system providing backhaul might work fine, on another day it might stop working due to interference.

A further problem is the regulation by agencies like the FCC that put more stringent controls on equipment manufacturers. An example of this started in early in 2009 when the Federal Aviation Administration (FAA) reported interference to their Terminal Doppler Weather Radars (TDWR). Interference analysis determined that devices certified to work in the U-NII-3 band, transmitting from elevated locations in frequencies not authorized by the FCC and using high gain directional antennas, were the culprits. This led the FCC to implement 1) restrictions in the maximum transmit power, out of band emissions (OOBE), and 2) a consistent set of security requirements to prevent users transmitting on unauthorized frequencies. Equipment manufacturers petitioned the FCC to return to old OOBE requirements claiming increased equipment costs, issues with sustainability of existing service, and diminished performance of devices in the band. The FCC agreed to a transition plan providing time for manufacturers to sell existing inventories of products certified under the old rules and relaxing the restrictions on OOBE. It is unclear what these new rules will mean for unlicensed point-point products. Products may be more expensive and there could be fewer options… in fact, some manufacturers have decided to discontinue products in this band to avoid the additional costs of meeting the new more stringent regulatory requirements. These new more stringent requirements will increase equipment costs and reduce product offerings in this unlicensed band.

Terminal Doppler Weather Radars (TDWR) are not the only application that has had interference concerns about devices in the U-NII-3 band. Car manufacturers have been assigned the U-NII-4 band to deploy a technology that they have been developing for a decade, Dedicated Short Range Communications (DRCP). This technology is intended to be installed in vehicles to increase safety and avoid crashes. DRCP proponents have requested the FCC to apply ‘detect’ and ‘vacate’ technique since they fear interference from equipment operating in U-NII-3 (same band as 5.8 GHz backhaul) devices. The FCC rejected their proposal on the basis that such interference has not been detected. However the DRCP system has not been implemented yet and it could be affected by Wi-Fi equipment. It is difficult to anticipate what course of action the FCC will take if DRCP can prove that its main functionality is impaired due to interference caused by a U-NII-3 device (specially using high gain directional antennas).

Besides the enumerated factors above there are many other devices operating in unlicensed 2.4 and 5.8 GHz (from wireless phones, to baby monitors) that can increase interference and create degradation in the system performance of other devices operating in the same band. This can lead to a “tragedy of the commons” increasing the risk of the regulatory entity imposing regulation to protect on one party while negatively affecting smaller players.

Licensed spectrum is legally protected against interference minimizing the risk on the tragedy of the commons. Although users will need to get licensed through the national regulatory agency in each country (FCC in USA), in many countries specialized companies can help users complete the paper work and perform interference analysis. This ensures that the requested spot frequencies do not interfere with existing users (In the USA this is called the ‘coordination’ process). Any complaints about interference can be quickly be solved through these third-party agencies or the regulatory agencies themselves.

It is not clear if in the future unlicensed bands like ISM and U-NII (In the USA, with similar problems in other counties) will fall prey of the tragedy of the commons or the tragedy of the anti-commons, or find a way to self-regulate. What is clear is that the number of users and different technologies is increasing in these unlicensed bands which in turn is increasing the risk of harmful interference. A wise strategy may be to consider licensed microwave as a more viable solution for point-point wireless transmission.